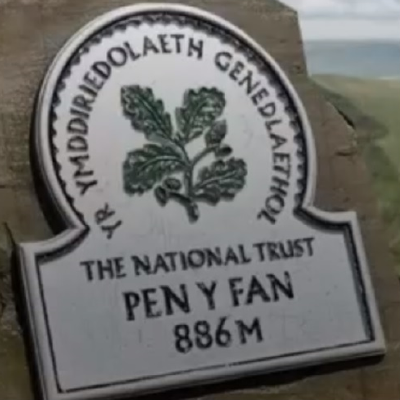 Photo by ines mills on Unsplash.

I have been using Docker since I installed Pop!_OS On my laptop Oct 2020. I deliberately have not installed PHP, MySQL or Apache on my laptop, which has forced me to learn to use Docker!

The first tutorial I followed was the Docker docs get started after I installed Docker. I found this to be a useful introduction, even though I wanted a PHP environment, the guide still explained the basics of Docker. I will not cover the basics here, as these are already well covered in the getting started documentation, there are many youtube channels, some I have watched are:

So what is the blog about?

What I want to cover are the parts beyond the basics.

One of the first hurdles I came across was file permissions. This seems to be particularly on Linux. When the container is launched, the default user is root. If any files are changed, the file system on the OS will be assigned to root!

For example, if we pull down a repository and want to spin up a docker container for composer docker run composer install, however, the vendor folder will be created as root, along with all the files and subfolders.

The initial workaround is to run chown from the host machine, e.g.

Examples of options are uid:gid, this is normally 1000:1000, or user:group, in my case michael:michael. Further reading Find a user’s UID or GID in Unix. Further details on Running Docker Containers as Current Host User.

Composer is the dependency manager for PHP.

The documentation has the following basic usage:

The same command can be converted to the shorter syntax. By making it into one line, allowing easier copying and pasting.

An explanation for the command line:

By default, Composer runs as root inside the container. This can lead to permission issues on your host filesystem. You can work around this by running the container under the signed-in user:

Again the short, but slightly less readably syntax, can be used to make one line version, with some example commands:

You may notice, install and update have an interactive terminal -it. The test, check-cs and phpstan do not. Sometimes Composer asks questions, which need user input, to run tests and lint code this is not required.

The composer config file composer.json would contain the scripts for test, check-cs and phpstan e.g.:

The command is similar, as explained above, with -u or –user added:

This is required on Linux. The OS and docker container share the same file system. The docker container will normally run under user 0, root user, meaning any files written to the shared volume by the container, will be created by the root user.

Sometimes Composer will not run the install command:

For example, if I try to install Silverstripe, which needs the PHP intl extension:

Likewise as more project become php8 only, for example:

One workaround is to spin-up the version of PHP required, with the extensions and programmatically add Composer.

The Composer Docker hub documentation also has the following suggestions:

Once the docker-compose up -d is run, to spin up the containers. The silverstripe container will have Composer installed. This can be accessed from the terminal within the running container:

How to create a project from within a Docker container

Now PhpStorm is launched its starting to feel like we are working on a project. The Dockerfile from above can be pasted in the Dockerfile, as can the docker-compose.yml from above in its corresponding file. That leaves us the Makefile.

Makefiles are a simple way to run shell scripts, like batch files in Windows, except there can be several scripts which can be called by their key. For example:

You can see the Makefile contains the standard docker-compose commands, as you would normally run from the command line. These work closely with the docker-compose.yml file to run the required commands. The make commands can be run using make and the required key.

Normally, the container is up, therefore we can exec into the running container. Before we start the project we need to run the container using bash, which will allow access to Composer:

From within the docker container, we now have Composer:

It would be easier to create the project in this folder, unfortunately, Composer will not allow it, as the folder is not empty:

We, therefore, need to create the project, in a temp child folder. Then move it to this folder once run:

If so, it is safe to delete the temp directory and exit the container

Hopefully, the project can be started:

Once up the Silverstripe app will run, in detached mode, it can be accessed on localhost:8081, however, we see a browser error:

This is a known problem, which can be easily fixed:

As you can see from the output, the permissions are reset on the root folder (/app) to the id of the signed-in user and 33:33 (www-data:www-data) is given access to /app/public.

Refresh the webpage. The site will build!

As promised at the start of the blog we will now create a node project, as the methods are the same as the Silverstripe project I will only explain the differences. We will use this Hexo static content generator as an example. I am running it now, with Docker.

We will go through the Hexo documentation and convert it to a Docker environment:

Installing Hexo is relatively easy and only requires the following beforehand:

Install Hexo globally npm install -g hexo-cli or per project npm install hexo - This can be done inside a node container.

The setup has the same problem as Silverstripe. You need to install Hexo before you can init a project, the workaround is therefore similar. We need a node image, globally install hexo, init the project then we can cd to the project. Like Silverstripe we can:

Configure Docker to use node

We can now create the docker-compose.yml for Docker and Makefile files

You can see many similarities with the setup, even though they are completely different projects, the methods to start, stop and access are the same. This gives a consistent environment between projects.

You may be wondering why we are using node 12. As of Feb 2021, if you run Hexo with node 14, you will see an error: Regression in Node 14, therefore the composer-compose.yml has been configured to use Node 12 until this is resolved. This is an excellent example of why Docker is so powerful, if Node 14, the LTS version, was locally installed this would be a problem!

This is a temporary step, to allow the project to be initialised:

Keep the node container running and open a new terminal

init the project in the current directory

With a new terminal open, we can exec in the same running container, except this time as a stand user, reducing the problem with file permissions.

Ok, so we need git! Good job the other terminal is still open and running as root. Switch terminals:

Next temp directory can be moved:

The temp directory can be removed:

Add Hexo as a project dependency

Exit out of all the terminals.

We installed hexo under our account, this was probably is an unnecessary step. All the files and folders are under my username and group:

Docker is a powerful development environment. By using the right image, extending them as required, they give us the required tools to do our job.

File permissions are the bain of Docker on Linux. Once we know how to run the containers, under the correct accounts and how to change the file and folder permissions, this problem is quickly overcome.

Using Dockerfile with docker-compose.yml and Makefile. The project environment becomes much easy to work with.

Posts about my coding experiences, primarily for my learning path with PHP, good clean professional code.